“Inner Voice” is a hinky thing. People talk about it, I listen for it and sometimes take its counsel.

But then the doubt. Is it a message from Self or is Harvey my Inner ventriloquist ego schmuck at it again?!  I’m never sure.

But this time was different. 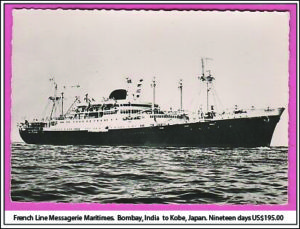 It was the last day of a nineteen-day voyage from Bombay to Japan.

A guy standing next to me asked, “How long will you be in Japan”? 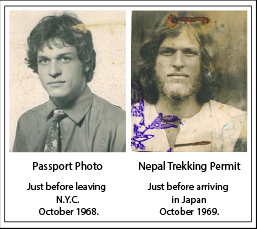 I had traveled hard for a full year overland from New York, the last dozen weeks in Nepal and India.

Two months in Japan was my self-imposed limit.

It was now mid-October and I would be back home in New York for Christmas!

It was to dissuade heavenly shenanigans and dispel my own doubts that I delivered my answer with some conviction.

The moment those words left my mouth a voice in the wind whispered, “two years”.

I gave my head a quick shake to clear my ears then repeated, this time louder,  “two months.”

The guy who had asked the question moved back a step and said, “Yeah, I heard you.”

« My Food Roots
Scroll Up